In this section we will demonstrate the effect different render modes have on a couple of scenes. All images have been rendered for two minutes on a single computer.

The first scene shown here is an 'easy' scene: although there is a small light source, all materials are diffuse.

All render modes perform adequately on this scene, although the non-MLT modes (path tracing and bidirectional path tracing) perform better than the MLT modes.

This shows that MLT is not helpful on 'easy' scenes. 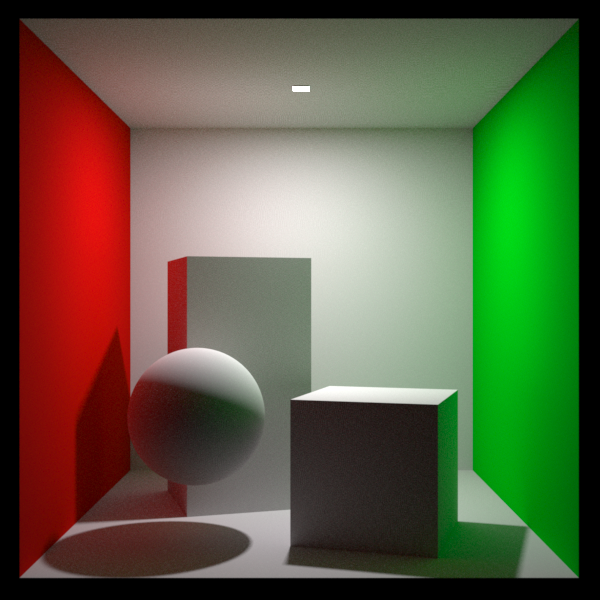 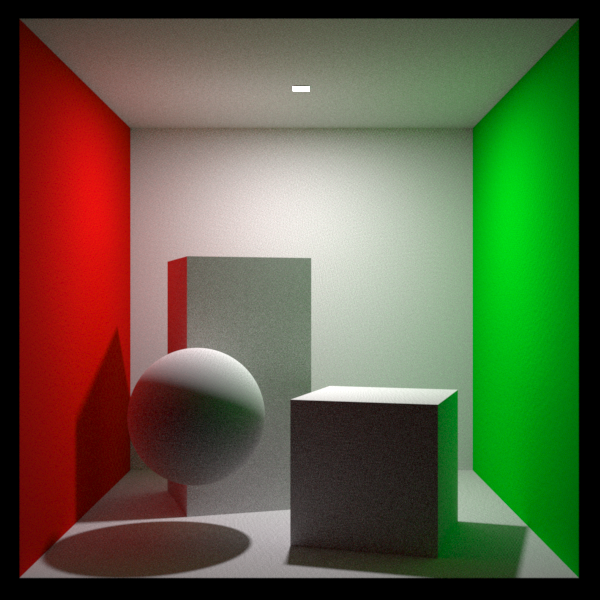 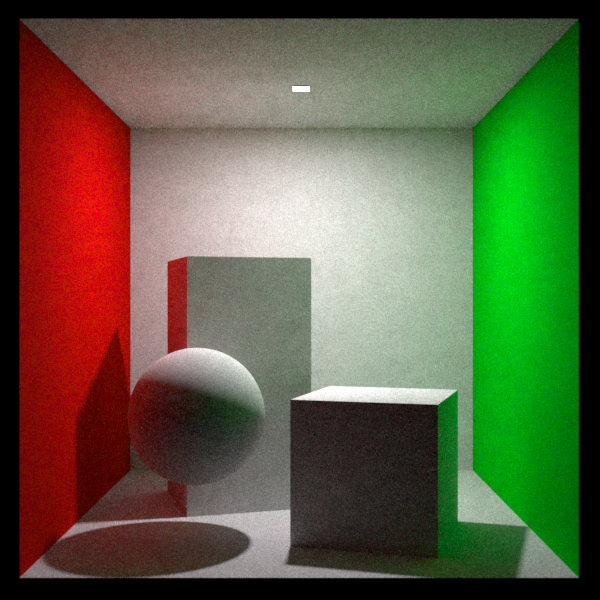 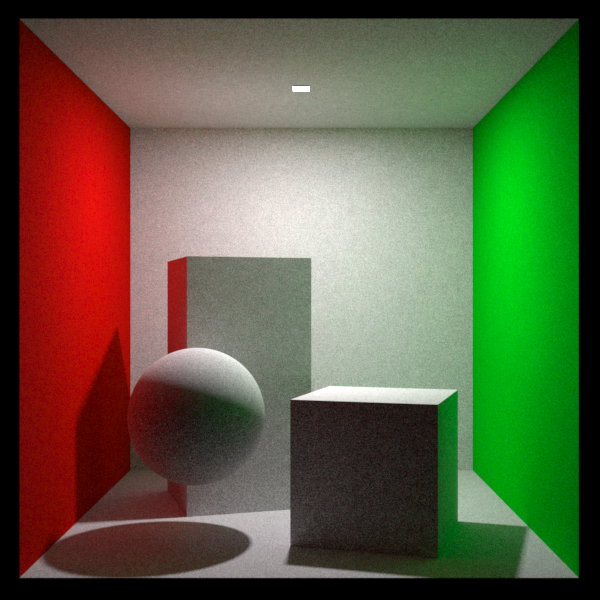 The second scene shown here is the same scene as before, except that the diffuse material on the sphere has been replaced with a specular material. The combination of a small, bright, light source and a specular material make this scene a 'hard' scene.

The path tracing render mode struggles, producing 'fireflies' (white dots) over the image.
(These white dots are not errors, they are just 'noise' in the image, that will go away after a long enough render time) 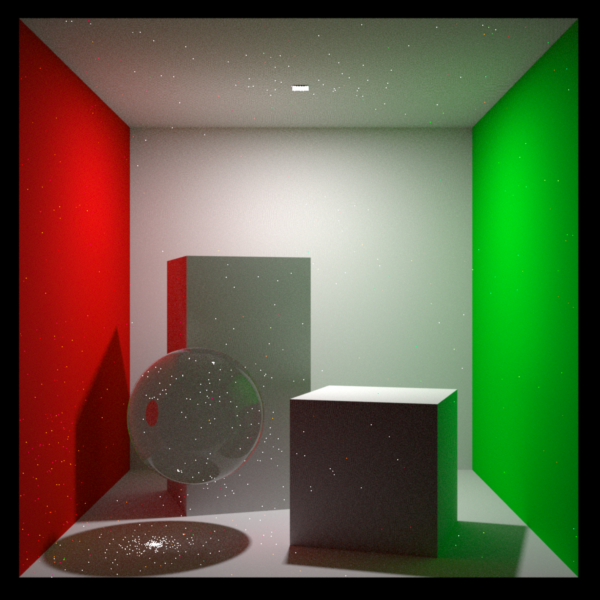 The bidirectional path tracing mode does much better. There are still some fireflies on the sphere. These are from the notoriously difficult 'specular-diffuse-specular' paths that are a problem for unbiased renderers. 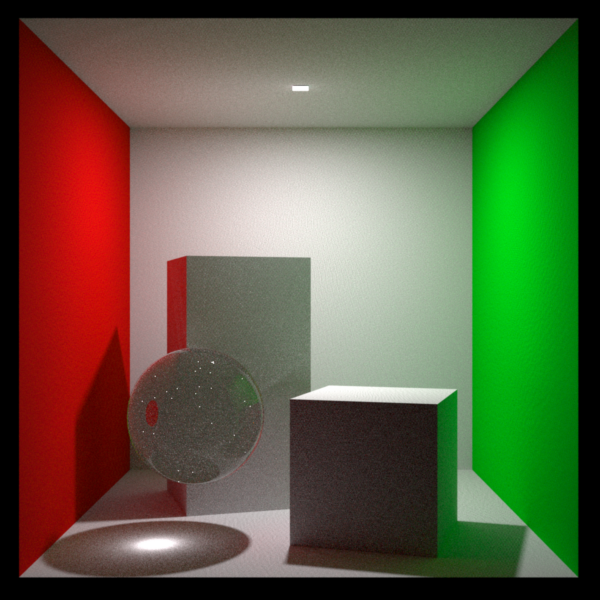 Path tracing with MLT 'smears-out' the fireflies produced with the path tracing render mode. However the result is still not great. 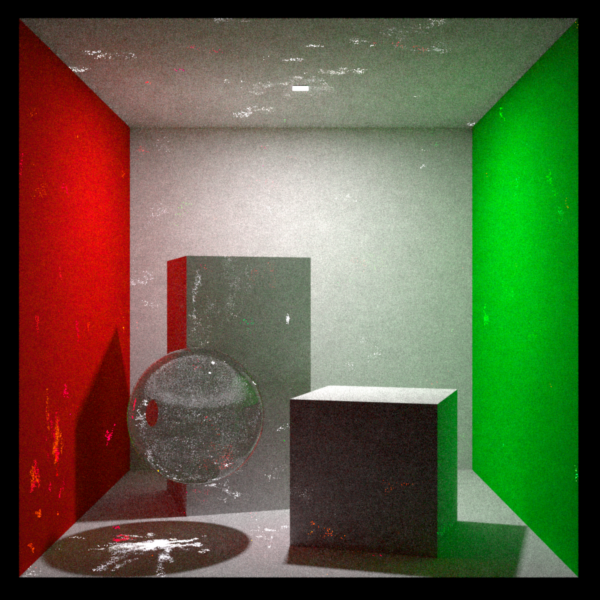 Bidirectional path tracing with MLT is the most robust render mode in Indigo, as it performs adequately even in 'hard' scenes such as this one. There are still some smudges / splotches in this image, but they will smooth out after longer rendering. 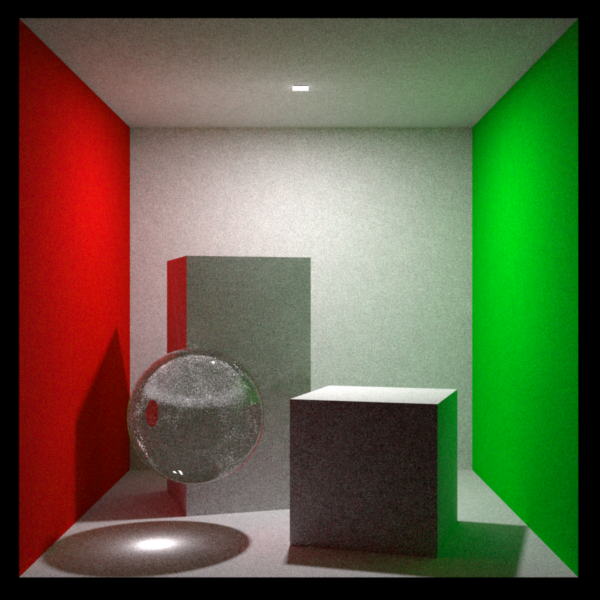