In this tutorial we'll cover the steps required to render with orthographic cameras in SketchUp, as well as cover some potential pitfalls with their use.

Switching from perspective to parallel projection

We start with the normal (perspective projection) camera, which will give the normal depth cues such as distant objects being smaller, in a simple scene with some boxes: 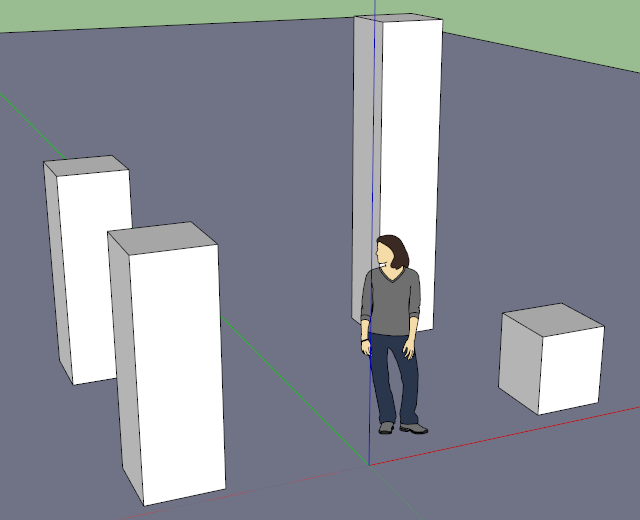 We now select the Parallel Projection option from the Camera menu, which will enable the orthographic camera mode:

With this applied, we can immediately see the viewport change to remove all perspective effects.

The zoom level may need adjusting to keep the same part of the scene in view; bear in mind that this is actually changing the camera's sensor size, so if you're rendering a building it will need a building-sized camera. 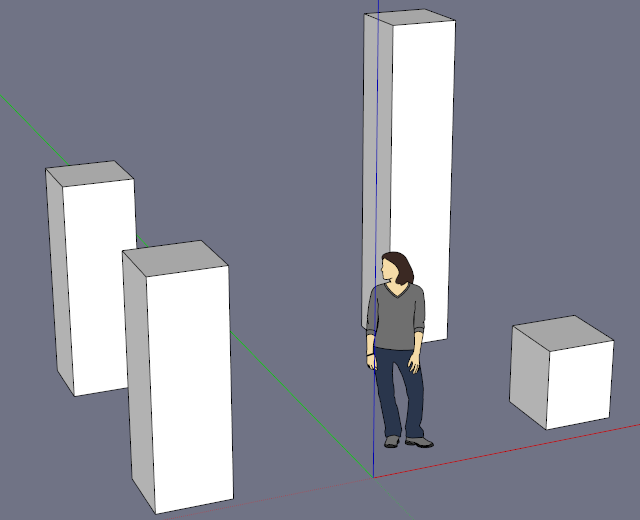 Orthographic cameras require Indigo 3.4.4 or newer; earlier versions will report an error when attempting to render scenes which have a non-perspective camera defined.

The orthographic camera must be at least as large as the objects in view, since they are directly projected (parallel rays) without any perspective effects which might otherwise allow large objects in the distance to be viewed with a much smaller sensor.

One potential pitfall with large camera sensors is that they may intersect other scene geometry (e.g. go through walls), especially different media (e.g. go through glass or water), causing problems.

The former will result in open spaces between surfaces, which may or may not receive light, while the latter can be more problematic; Indigo currently (as of 3.4.8) assumes that the camera is in a single medium, which is usually a reasonable assumption, however with the large sensors sometimes used in orthographic rendering, this assumption is more likely to break down.