The Indigo 4.0 release was the first version to have full GPU path-tracing support, as well as lots of other cool stuff (https://www.indigorenderer.com/indigo4)

With the 4.2 release we have taken the opportunity to push the performance on GPU even further, as well as making some algorithmic improvements to the CPU rendering.

This is the first public beta release in the Indigo 4.2 series. We have had a few internal releases, hence the 4.2.14 version number.

There are a couple of big GPU (OpenCL) rendering optimisations in this release:

* We have added high quality BVH building in the background and transparent swapping out from an initial fast BVH build.

This allows the best of both worlds - the scene starts rendering (builds) as fast as possible, but keeps optimising in the background, and then switches to an acceleration structure that gives the fastest possible rendering in samples/second.

These two optimisations combined allow some scenes, such as interior scenes, to render around 70% faster or even more in some scenes!

We have made some optimisations on the CPU rendering side, but the biggest improvements are to do with smarter sampling of emitters.

Here is an example of the improvements to CPU single-directional path tracing: (this is about 13 samples per pixel or less than 1 second rendering time) 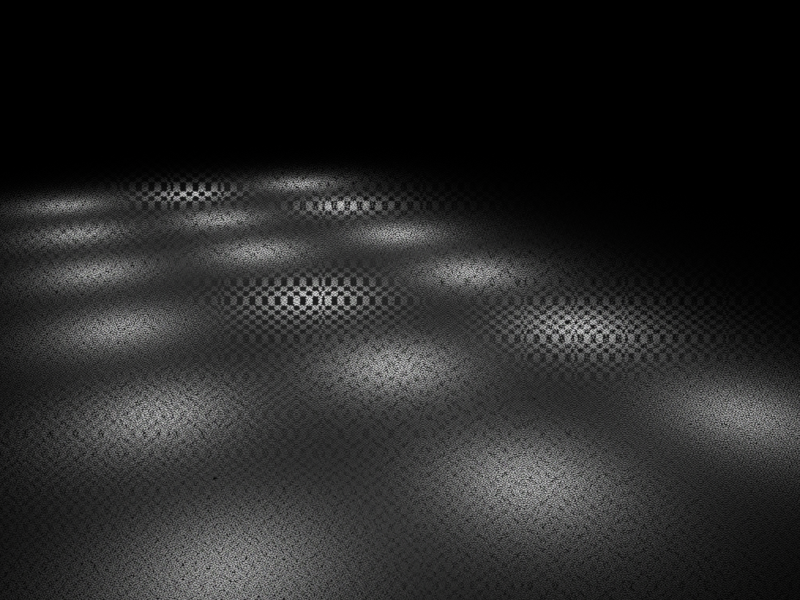 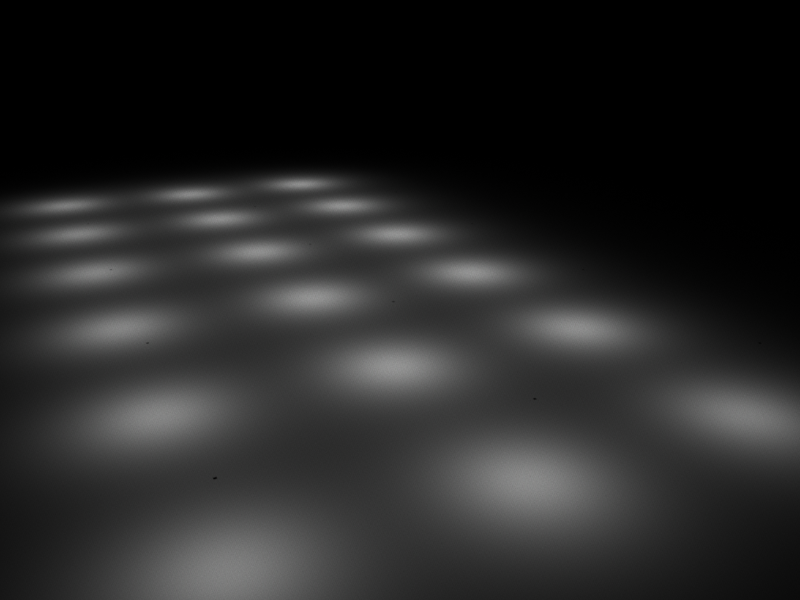 As you can see there is a large reduction in noise in Indigo 4.2. 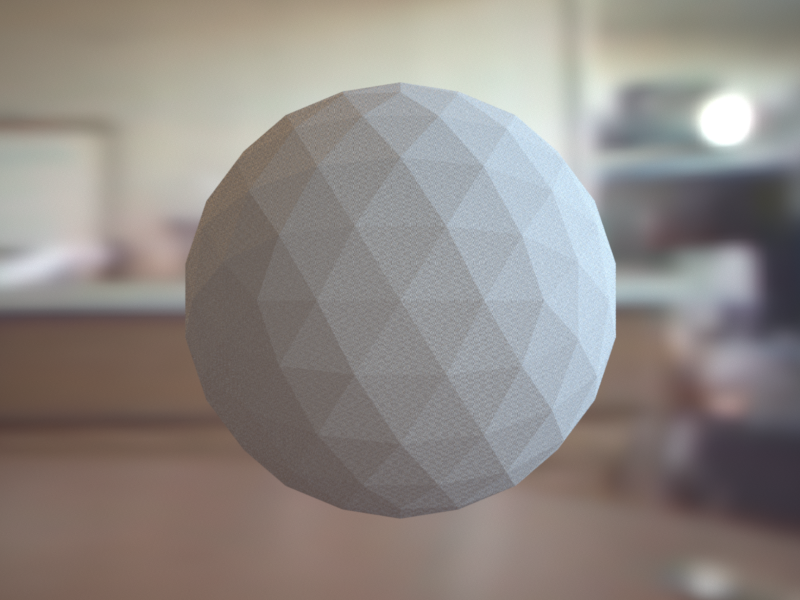 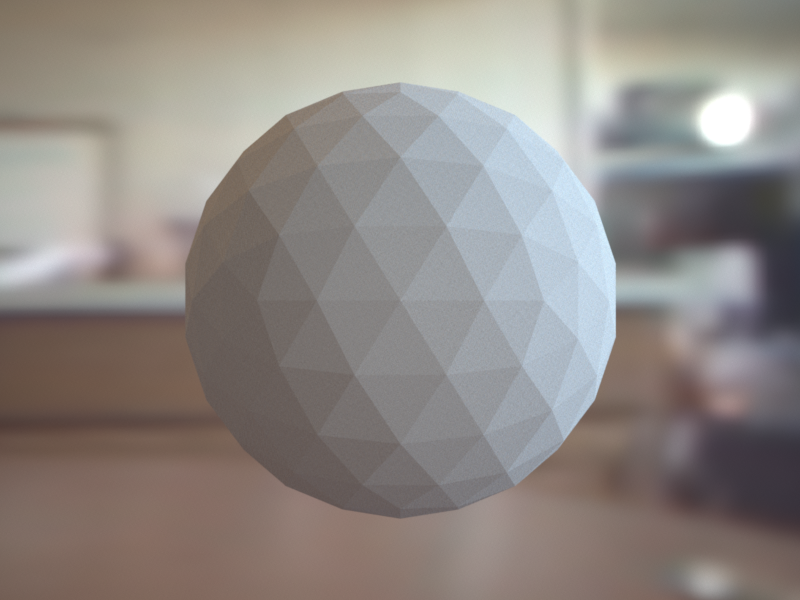 This improvement is a bit more subtle, but if you look closely you will see the noise is reduced in the Indigo 4.2 render.

We have also added a new scene info widget which has scene and build information: 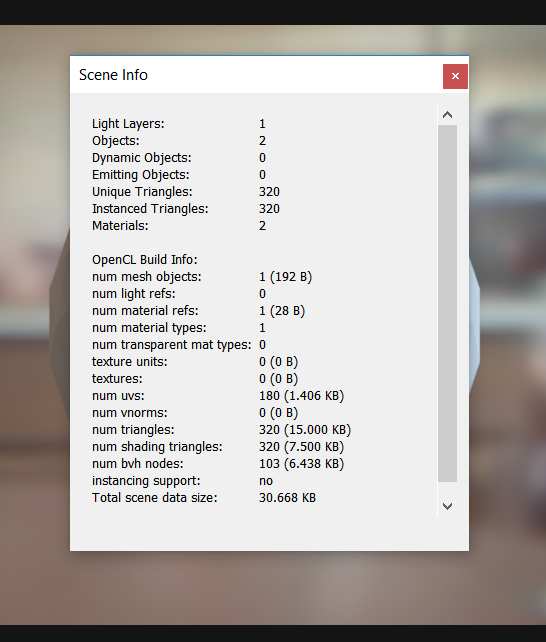 While optimisations are great, we know that many users are patiently waiting for some new features, such as AOVs.

The development focus for the next period will therefore be on AOVs.

A secondary item will be SSS support on GPU.

We will be working on updating our plugin support in parallel with these core goals.

Downloads and the full changelog are available in the forum post: https://www.indigorenderer.com/forum/viewtopic.php?f=1&t=14778