Over here at Indigo HQ, we have been doing some more experiments and optimisation of our atmospheric scattering code.

Each of these scenes have a single light source - the Sun. The colour of the sky results from the light scattering off the atmosphere's air molecules and water droplets. Since blue light scatters more then red light off air molecules, we tend to see blue sky in situations such as when the Sun is directly overhead, and light usually only scatters once in the atmosphere before it hits the camera. In the sunset scene (second image), The sun is much lower in the sky, and the light has to travel relatively far through the atmosphere. Hence the blue light tends to be scattered away, leaving only the reddish and yellow light.

In this scene, we have actually modeled the entire Earth as a sphere, and the atmosphere as a larger sphere, at a height up to 80Km above sea level.

These atmospheric optimisations will end up in an Indigo release at some point, probably in two forms: a series of pre-baked environment maps capturing pre-dawn to post-dusk illumination conditions, and also directly accessible as an Indigo medium for the curious wishing to do their own experiments.

Thank you to FakeShamus for the mountain scene. 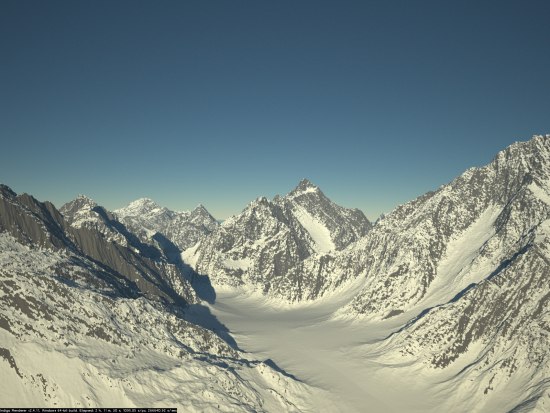